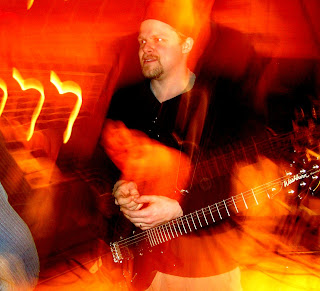 Michael Shereikis is a composer, guitarist and vocalist for Chopteeth Afrofunk Big Band, and is Music Director for Grigri Discs. His fascination with African guitar styles began as a Peace Corps volunteer in the Central African Republic. He subsequently honed his skills playing with local recording artists in New Orleans and in Abidjan (Cote d'Ivoire), while pursuing an advanced degree in ethnomusicology. He is a founding member of the Ivoirian group Zieti and in addition to his first love, the old-school afrofunk of Chopteeth, Michael gigs and records with several other projects in the Washington DC area. Michael can be reached at rootstockproductions@msn.com.