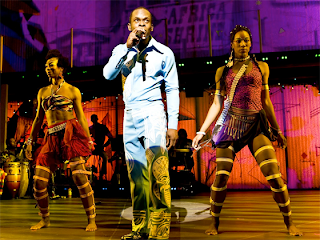 “NT Live performances are filmed at the National Theatre in high definition and broadcast via satellite to 300 cinemas and performing arts centres in 22 countries, live in Europe and some US cities, and time-delayed in countries further afield…
NT Live events are distributed outside the U.K. through New York-based BY Experience, Inc, the pioneer of global live "alternative content" digital cinema events. For more information visit www.byexperience.net
For a full list of participating locations and ticket information visit” HERE.