Hip Life Expands Its Reach in Ghana and Beyond 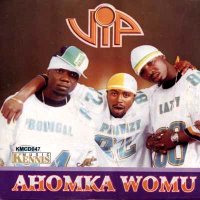 Shaheera Asante has an excellent overview of the Hip Life movement in Ghana, which combines highlife and hip hop into a tasty blend---you can read the full article and listen to music samples on the BBC Radio website. Afrobeat fans will recognize the rich horns and groove under strong vocals and a heavy beat. Shaheera Asante reviews:


During the 1980s and 90s Highlife was eclipsed by the dynamic, up-tempo rhythms of Afrobeat and Juju coming from Nigeria . However, in the last few years Highlife has re-invented itself and has been taken in by a new generation of young Ghanaian rappers and musicians.

The power and musical influence of Hip Hop as a global musical movement remains stronger than ever, now the voice of a generation since its rise in the early 90s. Ghana is no exception to this and in Accra, its capital, Hip Hop's influence is heard through Hip Life a modern version of Highlife, with rap in local Ghanaian dialect.

Hip Life leaders include Tic Tac and VIP, who are pushing music in new and interesting directions. VIP’s music is finding new audiences outside of Ghana in the European club scene, including expatriots and new fans alike. Shaheera Asante:


VIP were surprised to hear their music being played in London at African clubs such as Akwabba in South London. 'We were so shocked when we did our last performance there - the audience were all singing along to our songs in Twe! And most of them have never been to Ghana '.
Indeed, second and third generation Ghanaians are re-discovering their roots. Hip Life has succeeded in penetrating the younger generation of British-Africans, where traditional African music has failed.

BBC Radio 1 DJ Ras Kwame has been working to expand the audience for Hip Life both in Ghana and the UK. The website GhanaMusic.com has a nice interview with Kwame and includes more on this growing movement:


Since the mid-1990s, however, highlife has been revamped and reinterpreted by a new generation of Ghanaian rappers. And, although hiplife is indebted to mainstream hip-hop, there are subtle differences. As hiplife MC Tic Tac points out, instead of pared-down, electronic beats, hiplife borrows from "the rich rhythms of African music, fusing them with our own lyrics to let people around the world know what we're about.

"The performers are different, too. In America you've got a lot of laid-back rappers. The artists over here are more energetic. People want to see you sweat."

MusicInGhana.com has a nice profile of VIP as well. Finally, someone has posted a short video documentary about Hip Life in Ghana that some nice footage and sound clips, and which emphasizes the themes of political and social concern that help make Hip Life unique. Check it out.