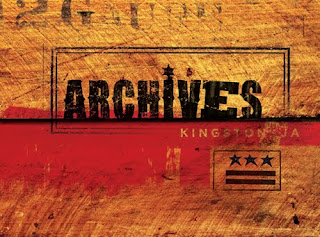 Navigating a modern musical landscape littered with the detritus of bland forgettable songs with plastic production, many of us yearn to return to 1970’s reggae when musicality reigned and experts were at the controls. Take heart, a new release has recalibrated the standard for reggae recordings!

If you seek timeless reggae with depth and breadth, add Archives to your collection. The Archives’ self titled CD is a masterpiece of roots rock reggae. A stunning accomplishment for a first release, the album was collectively written and arranged by a working band. Synthesizing inspiration from reggae’s zenith, the Archives have surpassed emulation, hewing unique and engaging contours into the roots-rock.

The Archives pay homage to Bob Marley, Peter Tosh, Beres Hammond, Augustus Pablo, The Skalalites, Black Uhuru, and Steel Pulse, but fashion an utterly original identity. The Archives smelt many elements from reggae’s periodic table into a new sonic alloy, fusing hints of dancehall, ska, r&b, funk and even Latin rock into the mix.  Archives is a musically sophisticated album crafted by seasoned masters: a beacon of knowledge, talent, vision and execution. Writing includes dramatic keys, climatic bridges, and lyrics that are simultaneously memorable and yet poetically oblique enough to inspire meditation. The Archives have crafted luminous compositions that will find permanent rotation on your MP3 player, and your subconscious playlist.

I can’t stop singing & humming Archives songs.  Crucial album. Do yourself a favor and join the Archives massive!