Marketing "World Music" in the US 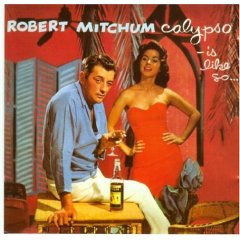 Inspired by a return visit to New York’s Carnegie Hall by South Africa’s Ladysmith Black Mambazo, Nathan Salzburg of The New York Sun newspaper recently wrote a critical appraisal of the development of the “world music” market in the United States. The article, titled “What Ladysmith Wrought,” laments the continuing need for African and Latin artists to team up with American pop stars to achieve large-scale marketing success in the US.

LBM collaborated with Paul Simon on the 1986 mega-hit “Graceland” album, which, for better or for worse, introduced many Americans to African music for the first time. Although the album’s safe melodies and rhythms were hardly the most vital music recorded in Africa at the time, the recording sold a staggering 14 million copies. While the album helped open a door to the American market for African music, the most salable “world music” recordings in the US remain blends of pop and imported styles.

As African music becomes more popular in the US, I hope more acts will be able to break through to a mass audience purely on their own terms. Here is a selection from this provocative article by Nathan Salzburg:


In the 20 years since " Graceland" whetted America's appetite for world music, the genre has exploded across the international musical landscape, in step with advancements in technology and deepening geopolitical intricacies. Yet this country's taste for it continues to rely largely on syntheses of "world" sounds with familiar Western styles and stars.

"Graceland" came at the right time for Mr. Simon; his previous work, "Hearts and Bones" (1983), was a commercial flop, whereas " Graceland" would go on to sell 14 million copies. It also came at the right time for the public. The album's ecumenical,
globe-trotting sophistication appealed to the listener who had grown up parallel to Mr. Simon's career — and who, six years into the Reagan presidency and the 1980's pop music black hole, was hungry for a sound so warm, organic, and fresh.

Due to an awakening American awareness of apartheid in South Africa, Black Mambazo seemed to do good in addition to sound good. It was accepted by audiences as Bob Marley had been several years earlier — an unlikely breed of easy listening rebel music. The popularity of " Graceland,"however, was more effective in inspiring an agreement among music industry marketers to settle on a sellable genre: "world music" was born.

Like the "race" and "hillbilly" categories of America's early phonograph days, world music was a huge tent into which different genres from disparate locations could be
crammed.A dearth of knowledge — from the boardroom to the stockroom to the living room — of the massive dimensions of the world's music made a more nuanced denomination unfeasible. Albums of Zululand singers and groups such as Mahlathini and the Mahotella Queens began to appear in record shops across the country, filed with other "world"albums like "Le Mystère des Voix Bulgares," the surprisingly brisk-selling recordings of Bulgarian State Television's female vocal choir. Pop stars like Peter Gabriel — who in 1988 started his own international imprint, Real World (featuring Pakistan's hugely popular qawwali singer Nusrat Fateh Ali Khan) — used their visibility and influence to exploit the genre.

While international pop and folk music had long been available, Western popular artists had seldom hitched them to their wagons in the mainstream marketplace (Robert Mitchum's calypso misadventures of the late 1950s notwithstanding). Doing so gave those artists a sort of world citizenship that was increasingly attractive and comforting to audiences. Sharing the cultural sensitivity and demographic of " Graceland," public radio and television began airing programs devoted to world music on record and in live concerts. NPR's Afropop (now Afropop Worldwide) was launched in 1988; Spike Lee's "Do It A Capella," a live concert in which American doo-woppers the Mint Juleps performed with Ladysmith Black Mambazo a version of "The Lion Sleeps Tonight"(a song with an epic world-music history all its own), aired on PBS in 1990.

But like many foreign imports — yoga especially comes to mind — world music has been changed by or, some would argue, for American acceptance. Marketed for their exotic qualities, world albums have nevertheless subsisted predominantly as best-ofs and introductions-to, tending to leave off more complex and less Westernized artists, performances, and genres.

I think one ray of hope for a deeper representation of African music in the US is the expansion of internet-marketed music through download sites such as iTunes as well as subscription services like Rhapsody and others. Internet distribution has been widely recognized as encouraging niche markets, and allowing recordings that would previously have received little promotion to find targeted audiences—big record company promotion not necessarily required.