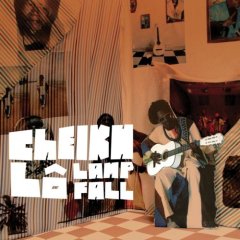 Senegalese composer, singer and guitarist Cheikh Lo has a creative new release now available this month, titled Lamp Fall. I’ve very much enjoyed Cheikh Lo’s music over the years, but it’s been a long wait between recordings. The new CD was reportedly six years in the making, and continues the pattern set by his first two releases: meticulously crafted blends of catchy Cuban beats, Senegalese mbalax and a popular, accessible style punctuated by his powerful vocals. However on the new release, Lo did much of the recording in Bahia, Brazil, and the eclectic results reflect a new Brazilian influence alongside the unique mix of styles that is the hallmark of his recordings.

In an interview with Afropop Worldwide, Lo explains how he ended up in Bahia:


After nearly a year of recording and developing tracks for what would become Lamp Fall, Cheikh wasn’t entirely happy with the result. He kept wanting more. That was when his producer, Nick Gold, suggested they take the tracks to Carlinhos Brown’s studio in Bahia, Brazil. Cheikh had long nurtured the idea of creating a cross-cultural percussion summit and as he told us, his response was immediate: YES! Once in Brazil, Cheikh was very turned on. “Carlinhos’s studio is there in the neighborhood. And the young musicians he works with, they play those big drums with sticks. I said to myself, This is almost Africa. Effectively, this is Africa. Because they themselves were transported from Dakar-Gore to wind up in Brazil.”


If some recent traditional albums give the listener a feeling of tranquility, as if reaching an isolated but welcoming village as dusk settles, Lamp Fall by contrast is like arriving in a bustling city full of unique and chaotic possibilities.

Fans of Afrobeat will definitely relate to the warm and comfortable grooves that Cheikh Lo comes up with. You can check out song samples and buy the CD here.