Fela Video: "Music Must Be Used For Humanity" 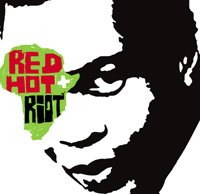 The 2002 CD project Red, Hot and Riot: The Music and Spirit of Fela Kuti brought together some of the world’s top afrobeat, jazz and hip hop musicians for an epic tribute to Afrobeat founder Fela Kuti. The project benefitted the Red Hot Organization, the leading international organization dedicated to fighting AIDS through pop culture.

It also produced some of the finest Afrobeat-inspired music ever recorded, with new interpretations and new lyrics built on Fela’s original classics. The CD release helped spark the continuing Afrobeat Renaissance around the world.

However, even dedicated Afrobeat fans may not realize that the project also included a documentary video, "Red, Hot and Riot: Encounters with AIDS in Africa." It has some choice footage from a musical and political perspective.

For example, in this brief streaming video clip, Femi Kuti reflects on the legacy of his father, Afrobeat creator Fela Kuti:


My father was one of the greatest people to come out of Africa. He spent his entire career fighting against injustice in Nigeria and in Africa as a whole.

The same video segment also has archival footage of Fela in action, including an interview where he shares this direction for musicians everywhere:


Music is a spiritual thing…One day higher forces give you the gift of music. Musicianship must be well used, for the good of humanity.

Check out additional video footage from the documentary Red, Hot and Riot: Encounters with AIDS in Africa. You can purchase the entire documentary or the CD with a donation to the Red Hot Organization.

Read reviews of the CD by the BBC (“one of the filthiest tenor sax solos ever committed to tape”) and All Music Guide (“moves into uncharted territory”).