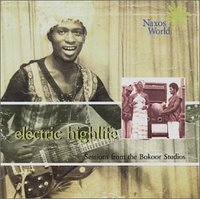 I first heard highlife music in 1998 in a taxicab in Washington D.C., and I’ve been hooked ever since.

Highlife music emerged in coastal Ghana more than 100 years ago. It is a vibrant blend of local music and various foreign styles such as European military bras 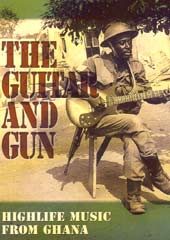 s bands, the music of Liberian seaman, and dance orchestras that played western ballroom music. In the 1950s, highlife – like many other types of African music – incorporated Afro-Cuban rhythms and the electric guitar.

The recordings from the Bokoor Studios in Accra (Ghana’s capital) during the 1980s provide an especially fascinating introduction to this vital music. The studio is an amazing story in itself. It was founded in troubled times in 1982 by musician, musicologist, and teacher John Collins. In the early days, Bokoor ("spirit of coolness") was surrounded by tension, unrest and, at times, gunfire. One of the guitarists who came to record at the studio in 1982 was an active-duty army sergeant – faithful to both causes, he played in full military uniform, with a machine-gun strapped to his back. Hence, the name of the excellent compilation The Guitar and the Gun, which features tracks from such groups as the Calvary Bells Supreme Christian Singers, Salaam and His Cultural Imani Group, and F. Kenya’s Guitar Band. (For a great article on this album, and highlife music in general, click here.) Electric Highlife is another fabulous collection of recordings from the Bokoor Studios, while Vintage Palmwine features some fantastic "unplugged" highlife from Ghana’s longest continuously running recording studio, which Collins still operates. 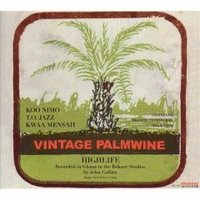 The album cover for Vintage Palmwine instructs, "shake well before using." If not, no worries, for the highlife music from Bokoor Studios will surely get you shaking.