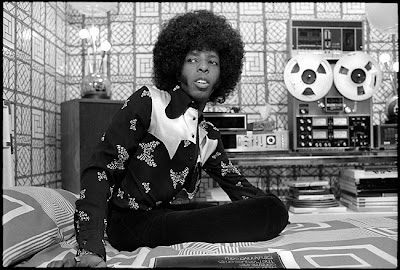 The New York Times had an interesting piece this week about Sony BMG Music realizing that they were sitting on a treasure trove of old musician photographs from the 1950s, 60s and 70s. Shot by photographers working for the label, the archive apparently includes never seen images of Miles Davis, Count Basie, Johnny Cash, Bruce Springsteen and many others, including a young Cassius Clay recording his spoken word album "I Am The Greatest." They're now making prints available for sale--and priced to move at prices of up to $1,700 each.


But you can check this one out for free: Sly in all his 1973 glory, the year his album "Fresh" was released. Yes I! Dig the reel-to-reel, the groovy wallpaper, the giant 'fro. Or this group shot of the Family Stone when funk was fresh and the fashions were...um....creative! 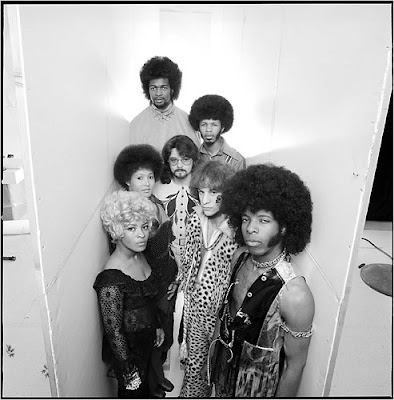