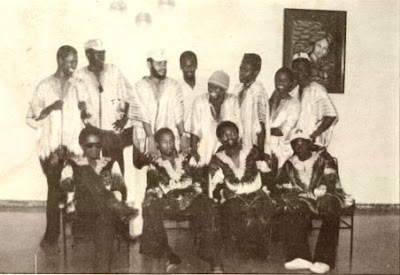 Here's a classic from the tiny west African nation of Guinea-Bissau. Super Mama Djombo was formed in the 1960s at a boy scout camp and became a national favorite after Guinea-Bissau gained independence from Portugal in 1974. This electrifying set of music was recorded in a single recording session in Lisbon in 1980.

The music is filled with beauty and intense passion, making this album, according to Allmusic Guide, "a wonderful little slice of history" and "a vital document of one of the most important African bands of the late '70s." Robert Christgau explains the sense that these songs "needed to be sung" - and they certainly need to be listened to. 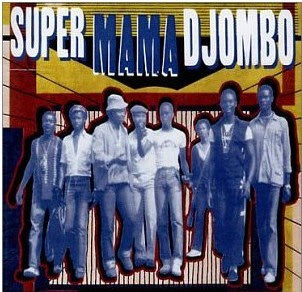 Unfortunately, shortly after this music was recorded, there was a military coup in Guinea-Bissau, which ultimately led to the breakup of the band, as it became increasingly difficult for artists and musicians to express themselves and as economic opportunities dried up. As the liner notes explain: "What are left are magnetic tapes, captured traces of a beautiful moment of effervescence. A time when imagination's free reign helped create the world around it, and dreams and real possibilities met. For just a moment, anything seemed possible."


You can listen to samples and download recordings from Calabash music, or purchase the CD from Amazon.