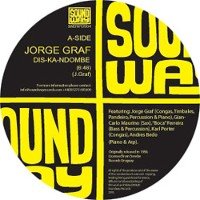 Britain’s Soundway Records is fast becoming the most important record label in the world when it comes to vintage Afrobeat and classic, 70s-era African influenced sounds. Starting with their crucial Ghana Soundz series (two CDs, volumes 1 and 2), Soundway is resurrecting dynamic and powerful music that was had previously fallen out of circulation.

The Ghana Soundz series re-released some astonishingly funky grooves from Ghana’s rich 1970s music scene, including gems from K. Frimpong and His Cubano Fiestas, Alex Konadu, The Sweet Talks, Marjiata and many other stars of the day. The recordings are a heavy dose of raw funk and sophisticated rhythms that richly deserve wider appreciation.

The latest output from Soundway includes vinyl releases of classic 70s West African and Caribbean jams, plus rare cuts from Orchestra Baobab, Mulatu Astatke of Ethiopia and a compiliation of grooves from Panama. This is A-team stuff that you won’t get anywhere else.

Soundway is doing Afrofunk fans a major favor with their thoughtful releases and careful research. All the CDs include extensive liner notes and nice packaging. I’ve really enjoyed the Soundway output, and collectors and musicians alike will really dig what they have to offer.

Check out more on Soundway and buy their CDs and vinyl here.

Here is the Soundway mission statement from their website—Right On!:


"Our mission is to release underground tropical
dance music with a funky flavour. With a philosophy of quality not quantity we
hope to delve deep into areas that have gone unnoticed, uncovering tasty musical
gems for the dance-floor and beyond. Our releases will all be accompanied by
detailed research and all will be fully licensed. Music from Africa, Latin
America the Caribbean that stands out as being original or different in some way
will be on our agenda – and of course we hope to hear from contemporary
musicians, producers and remixers whether they be from London, Lagos, Rio, or
Montreal who have been inspired by these sounds."