History of the Name "Afrobeat" 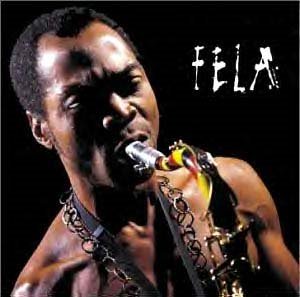 What’s in a name? In 1969 Fela coined the term, “Afrobeat” to describe his new amalgam of Yoruba, highlife, soul & jazz. Quoth Fela, “I was playng highlife when Geraldo Pino came to town in ’66… that’s what upset everything, man. He came to town singing James Brown’s music…. Made me fall right on my ass, man… I went to Ghana shortly after… Pino was playing there… To me it was swinging music. I say, ‘Look the drummer, how he play drums! Ohhhhh, I say… this is heavy-o’… One day I was sitting in a club in Accra, listening to soul music… Everybody was playing soul, man, trying to copy Pino… I said to myself: ‘I have to be very original … and clear myself from this mess. I must identify myself with Africa… I must give it a name-o, a real African name that is catchy… I’ve been thinking of calling it 'Afrobeat' '