Many of you may already be aware of these albums, but I have only today come across the Deluxe Edition reissues of at least some of the Island Records catalog of Bob Marley’s albums. These are two CD sets for several of Bob Marley’s albums that include the original album as it was released and a variety of additional material: singles, B-sides, alternate takes, remixes, dub versions, and live material. These sets were released over the last five years and the additional material makes what were essential albums even better, if you can imagine. Run, don’t walk, to the nearest place to get these albums. 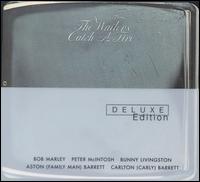 Disc one is the original version of the album as it was original recorded by the Wailers and given to Chris Blackwell of Island Records. Two additional tracks are included in their original place in the play list also. This version is perhaps more shocking, more powerful, more righteous than the better known version that was released by Island after additional instrumentation was laid over the original tracks. The released version comprises disc two of this set. All in all, this is still a mighty album and having the two versions together is excellent. 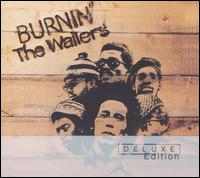 Disc one starts off with a shocking live version of Get Up, Stand Up. The tempo of this track is a bit faster than the standard studio version and the impact of the pace, the spare sound, and the tone of the lyrics the first time I heard this version gave me chills. This is the sound of defiance and resistance that we do not here today in popular music in the U.S. Disc one also includes three tracks by Peter Tosh and Bunny Wailer that did not appear on the original. They each rerecorded these tunes for solo albums after they left The Wailers after the release of Burnin’. Disc one also includes an alternate take of Get Up, Stand Up. Disc two of this set is a live recording from Leeds, England on 23 November, 1973. Bunny had already left the group at that time, but Tosh is still there and he and Bob share the singing. 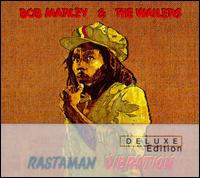 Disc one of this set includes the original album, one single that was released before the album and was not included, and alternate mixes of some of the mightiest tunes on this album (including Want More, Crazy Baldhead, War, and Johnny Was). Disc two is the concert at The Roxy in L.A. recorded on 26 May 1976 from the concert tour in support of the album. Sic two closes with a two part version of Smile Jamaica. The assassination attempt occurred after this album tour 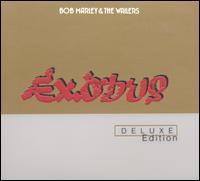 Disc one includes the original album and associated singles and B-sides. Disc two includes several remixes, including Punky Reggae Party that celebrates the common political sentiments of the London punks and reggae, some serious dub versions by Lee “Scratch” Perry, and live material from several shows at the Rainbow Theater in London during the Exodus tour. Exodus was a critical juncture in Bob Marley’s music as he began to shift from the explicitly political early lyrical style to a much deeper and more spiritual style. The later albums certainly still maintained at least an implicit political message, and many of the later songs are masterful combinations of explicitly spiritual and political messages. The concept that these are not separate spheres of life seems to be as common in Bob Marley’s music as it is in Fela’s.